Why start learning another language at an early age? 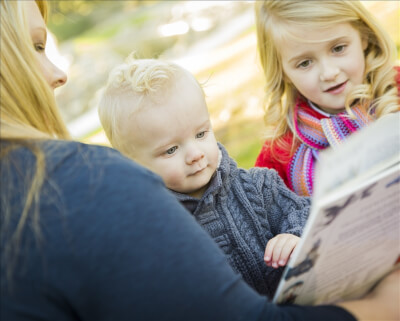 Reasons to start learning another language at an early age

Research suggests that students who receive second language instruction are more creative and better at solving complex problems than those who do not. Over at alittledynasty.com Suzanne Flynn, a professor of linguistics and second language acquisition at the Massachusetts Institute of Technology, states that people who speak two languages have a "distinct advantage", and that from an early age, bilingual people are "better able to abstract information" they learn early that names of objects are arbitrary, so they deal with a level of abstraction very early.

Other studies suggest that bilingual individuals outperform similar monolinguals on both verbal and nonverbal tests of intelligence... ability in more than one language enables individuals to achieve greater intellectual flexibility. In a British Council article entitled Does being bilingual make you smarter? we learn that people who speak two languages have also been shown to have more efficient monitoring systems. A 2009 study showed that monolinguals and bilinguals respond similarly when the brain's monitoring system is not taxed, but in conditions requiring high monitoring demands, bilinguals were faster. Bilingual people also outperform monolingual people in spatial working memory tasks.

Your child should start learning now because language learning is as natural to young children as learning to walk. [I won't cite any studies on this aspect; we all know!]

Children brought up in a bilingual or multilingual environment are able to switch automatically from one language to another. When still very young, they are naturally capable of learning a number of languages at once without getting confused. But as they grow, their brains become more "hard-wired" and less flexible, and so the language learning process becomes more difficult. Of course, teenagers and adults too are perfectly capable of learning a new language, though for them it is that much more difficult and requires a more conscious effort.

Never too early to start learning a second language

Both educational research and individuals' experience have proved that it's never too early to start learning a second language. In this article at parents.com we find out that "Kids this age are developing language skills rapidly, and they quickly absorb whatever they hear," says Erika Levy, Ph.D., assistant professor of speech and language pathology at Columbia University Teachers College, in New York City. "They can learn to understand new words in two different languages at an incredibly fast rate." The more language stimulation the brain receives at this critical time, the more neural connections develop, enhancing not only long-term language skills but overall intellectual development. Alongside this innate ability to communicate, children very often speak in the new language with a perfect native accent and do so at the earliest opportunity - on holiday in Spain, for example.

Speekee is the ideal platform for your child to achieve this. With Speekee, your child will also develop an early interest in languages and a wider cultural awareness that language learning brings.