If you learn nothing else from today's blog post at least you'll be introduced to a new word: Scrooser. More about scroosers later. I have just spent a few days in Madrid with my two teenage children, Joe and Maggie - yes, two of the Speekee stars are growing up fast! The weather was waaaay too hot so we had to improvise when it came to entertainment as potential fun in the outdoors was greatly reduced by a blazing sun and temperatures as high as 38c (100f). You have to be careful in such searing heat and, let it not go unsaid, always carry a lot of water. Drinking gallons of water was a constant feature of this 5-day trip! Madrid being a major capital city, there is a lot you can do there with demanding teenagers. We chose three main events and we chose well.

Skiiing in Madrid in Summer?! I was as surprised to find this was possible as I was surprised to see the quality of the indoor piste. Here you can see the kids surveying the scene. Nerves were beginning to set in. 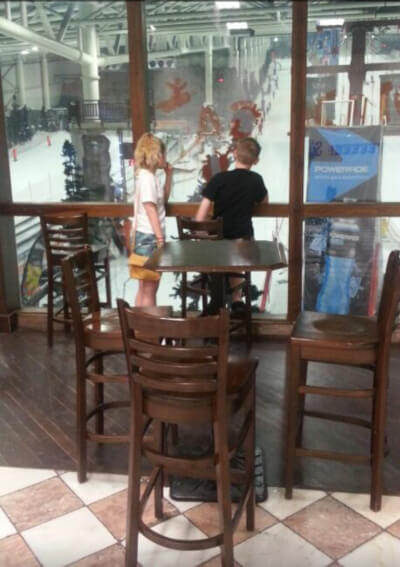 Given that the three of us were novices we paid the extra for a 50 minute lesson as part of our 4 hours on the slopes. There are two slopes, one for beginners and another for the rest; the rest included some very proficient skiiers and I thought this a testament to the quality of what is on offer. Equipment hire was included in the price. I think I paid about 180 euros all in, not bad for so much entertainment. After the lesson, we were on our own... 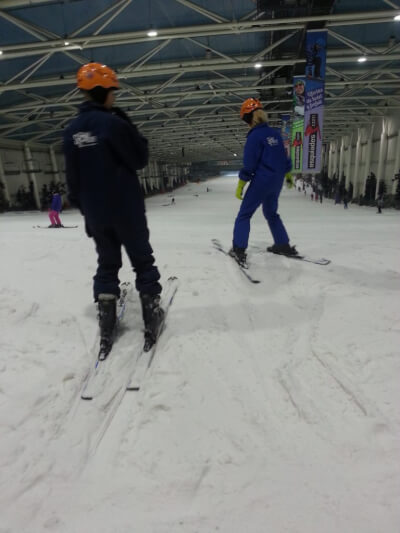 Check out this site for more information about Madrid Xanadú.

I suppose it's not technically sky diving, more a simulation of that activity. Either way, this was a very popular one with the kids. It all takes place in this tubular structure, below which a rush of air is propelled upwards. 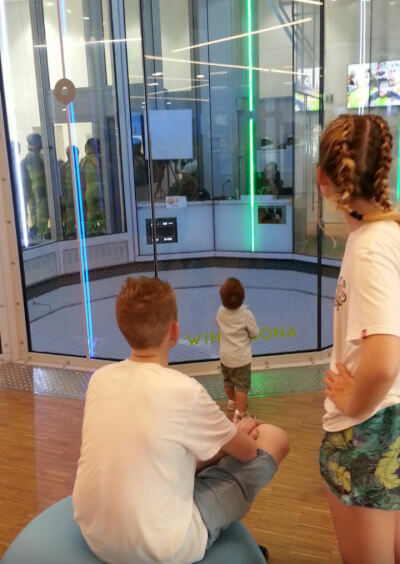 As the air rushes up - it's speed is remotely controlled, incidentally - the 'flyer' rises higher and higher.

You can see that Maggie is being looked after by a monitor. He had put the kids through a briefing session before they entered the wind funnel, and he stayed with them throughout the whole experience. Well organised and totally safe. Price: 89 euros in total for two kids. Each gets 2 minutes of 'flying time', split into 1 minute experiences. 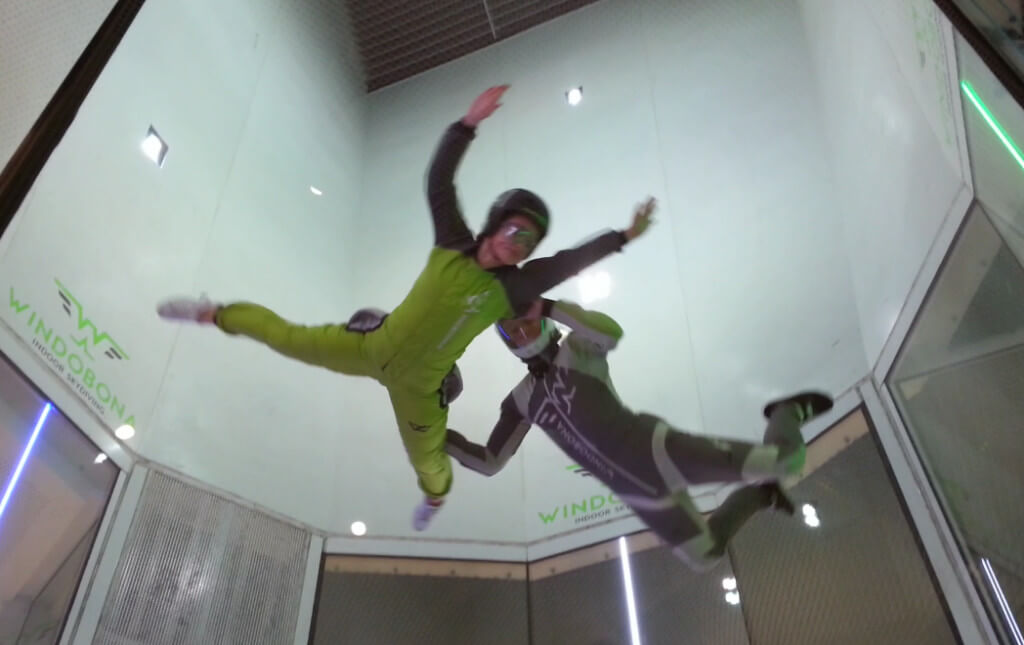 No, I had never heard of a scrooser either, but they were quite a find! I didn't ask actually, but my guess is that what we have here is a mix of scooter and cruiser, no? These easy-to-ride electric machines were the perfect way to enjoy a guide tour through majestic Madrid. Fun for adults, fun for kids! 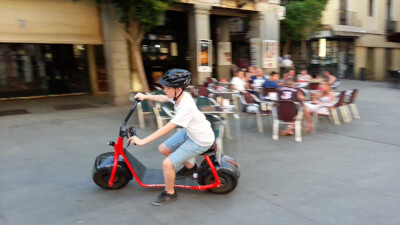 We found a deal via Groupon so the cost worked out at 20 euros per person for two hours of scroosering. Visiting major capital cities with children used to be about 'boring' museums. Times have changed, as have teenage expectations, so if you have some money to spare during your stay in Madrid why not try one of more of the suggestions above. We did and it was well worth it.