The Curious Tale of the Bilingual Siblings

Meet Joe and Maggie, two of the Spanish speaking kids who feature in the Speekee videos: 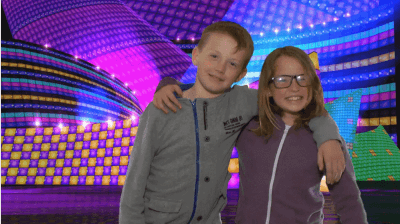 Above they are shown in Series 2. Look how they were in Series 1! 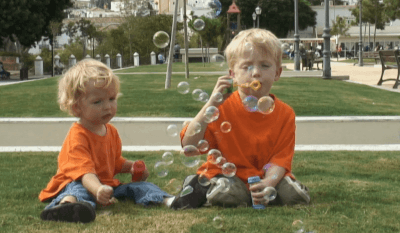 Joe and Maggie are my two children. We moved to Spain from England in late 2004, when Maggie was eight months old and Joe was about to celebrate his third birthday.

Maggie - a natural linguist it turns out - didn't speak any Spanish for around a year, but she was learning the language quickly as we were to find out when she suddently started speaking Spanish very fluently. It's quite common for young children to act linguistically in this way, and you'll have heard the word 'sponge' being used often in relation to children and language learning. It's as if the sponge gets so wet eventually that the water must come out!

Together, Joe and Maggie would play in English, until one day I heard the two of them playing in Spanish. I instantly thought:

That's it! From now it will all be in Spanish between them!

And so it was, for a while. Perhaps two months. Then suddenly they switched back into English!!

Ever since that moment they have spoken 100% in English when alone together, despite the fact that they live in the south of Spain - where Spanish is evidently the first language - and that they have Spanish friends.

I have never fathomed this curious switching back into English.

Do you happen to know what's at the bottom of it?

Until next time readers,