Let's teach baby Spanish shall we! And let's not waste any time; let's get it right first time.

In my previous post I wrote about why we should introduce our children to a second language as soon as possible. I pointed out that studies have shown bilingual children to generally outperform their monolingual peers, showing greater creativity as well as a fascinating ability to switch between languages. And while life may not be about "one-upmanship" you'll agree that giving your child the language advantage makes absolute sense.

In that article I also said that it is never too early to start.

I was a non swimmer for so many years and I suffered accordingly (you know what I mean!). That's why, as soon as he was born, I would take my baby son along to the local pool and literally dip his whole body under the water several times, to get him used to the feeling. He has never been scared of water since.

As for language learning, he was at a Spanish school by the age of three, while his sister had not celebrated her first birthday by the time she was immersed in Spanish.

That's the way, you see. Soon after we moved to Spain, I was creating Speekee - Spanish for Kids. What became a two-part series started out as one part, with three characters central to the Spanish learning fun! 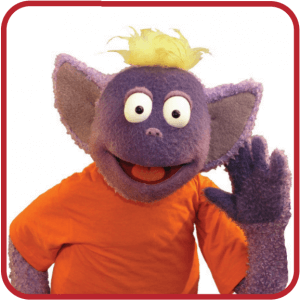 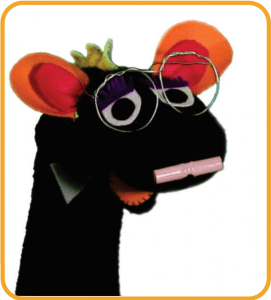 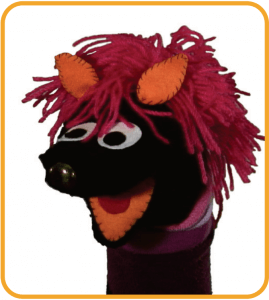 Speekee features heavily to teach your baby Spanish, while Dino and Lupi have their own fun 'sketches' - all in Spanish of course! Added to the mix: animation; catchy songs (more about the power of those here); carefully structured Spanish presented at a gentle pace; real Spanish children; and the occasional appearance from yours truly! And the results? So many happy young Spanish learners! 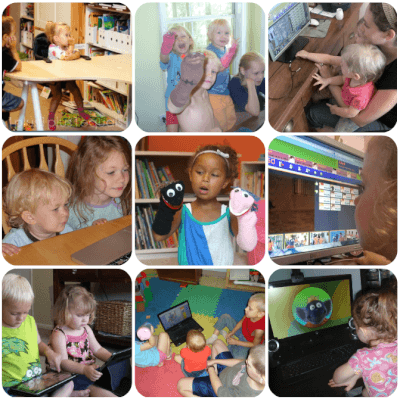 I mentioned immersion earlier, and because this is video based Spanish learning for babies - in which you too can get involved as little or as often as you like - the beauty of Speekee is that all your baby need do is watch to learn Spanish. Click on the image below - it will take you straight to Speekee TV! 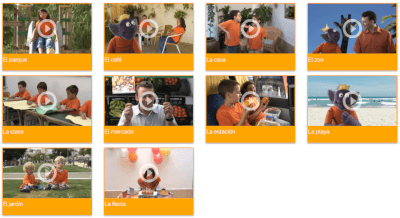 Speekee TV is just one of several Speekee options we provide for a monthly cost of $7.50. The first two weeks are absolutely free, so why not teach baby Spanish now!