School languages 'deep in the doldrums' 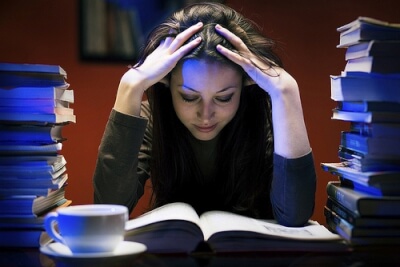 Joined-up thinking they call it don't they.

If foreign language learning in the UK education system made sense then it would start at primary level, be consolidated at secondary level and flower at university level.

It's almost as if there's not enough of it to go around. Back in January 2014 I reported on the initiative for Languages to be compulsory in English primary schools  -  what I didn't mention in that post is that links between primary and secondary levels were far from strong. So, if you imagine a primary school using Speekee for their Spanish. once the children progess through the Speekee's Scheme of Work and reach the end of their primary learning, shouldn't they be able to go on to the next level in Spanish? Well of course. But that would mean the secondary school in the local catchment area being a Spanish language provider too. And the chances of that happening are as slim now as they have ever been, depsite the excellent work and continued private inititiaves of so many dedicated language teachers right across the country such as these content shares on Twitter. But clever teachers cannot be expected to plug the obvious loopholes in a poorly thought-out education system. No, those loopholes need to be plugged by the system planners themselves, leaving teachers free to do what they do so well: teach!

Now along comes a piece in the Guardian newspaper which speaks of the link, or lack thereof, between secondary and university language learning.

It tells us that so scarce is the provision for aspiring linguists at secondary level, universities are offering languages such as French and German from scratch to counteract the decline of modern foreign languages at A-level.

I urge you to check out the Guardian article, a snippet of which reads: With school languages deep in the doldrums, and new initiatives, including primary school language study, yet to feed through, what can universities do to keep departments viable and the subjects alive? If students with language skills are no longer there, where can teaching the subject even begin? [bold face my insertion]

I'm no expert in Rocket Science but isn't it rather obvious that Primary, Secondary and Tertiary levels of education suggest progress from zero upwards? You start your learning at Primary and by the time you have finished Tertiary you are well on your way to Mastery (I just made that level up, but you know what I mean).

Not so in the UK, and not due to the fault of the learner. I happen to live in Spain with my two children, but if I watched them make solid progress in Spanish at primary level, only to then find they couldn't push on at secondary level I would think to myself: was that initial learning a waste of time? (Language learning is not like learning to ride a bike, as I detailed in my last bulletin. You have to keep practicing continually, and you have to keep digesting new information).

Are you a language teacher? At what level? How do you feel about the lack of joined-up thinking in the UK education system?