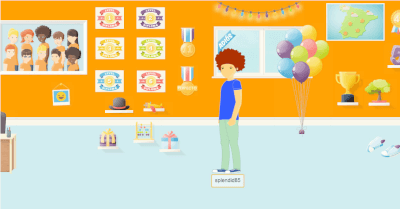 Are you looking for fun online Spanish games to help your child learn Spanish?

Type in "Spanish games for children" in any search engine and a host of options will appear. Many of these Spanish games are free, and some of them are excellent.

Sounds good, but if you want your child to learn Spanish fast, there are obstacles to the effectiveness of gameplay which you may not know about.

More often than not, without already knowing the Spanish language presented in the game itself, it will be almost impossible for your child to play and remain focused (focus and motivation go hand-in-hand). The vast majority of online Spanish games offer practice of the language rather than the opportunity to learn more of it during the game. See the difference?

Parents and teachers rarely ask how long a Spanish learning game will engage their child for, and since each game is usually short, unless all the games in a series are fun then your child is going to lose interest faster than you can say Uno, dos, tres!

A child's motivation to play wanes quickly - and so would yours - if they can't understand what they are dealing with, so even if the graphics are engaging, much more is needed than superficial 'shine' for a Spanish game to work and work well.

Those are some of the problems. Now let's concentrate on solutions.

It's rare to come across a single Spanish learning game online which can both teach and entertain your child day after day. It's also rare to find any such game which evolves from its starting point to gift your child never-ending possibilities for Spanish learning.

Speekee Play is an exception.

There are 3 Secret Ingredients to successful gameplay.

When children play online games they want to be autonomous, left to their own devices as they explore opportunities, learn outcomes and overcome challenges.

In Speekee Play your child creates their own avatar, which they can customise at any time, either before they start playing or during the game itself. 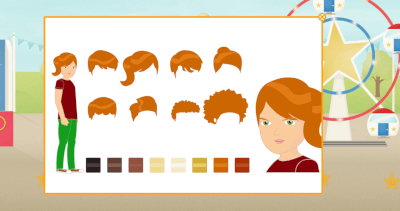 They transport their avatar in and out of real-life scenarios, according to wherever they choose to go. Scenes include the park, the school and the zoo. Some scenes will naturally interest one child more than another - no problem, there are plenty to choose from! 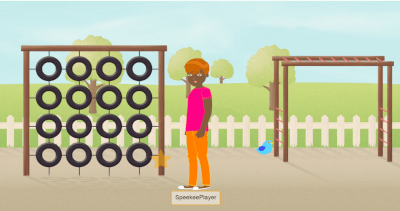 The individual pursuit of success is key to both fun and learning in any online Spanish game for children.

The second Secret Ingredient is that the game must have profund meaning to the player.

What can your child actually do in the game? Children love to explore and in Speekee Play they can not only travel from scene to scene, once there they can click to their heart's content! The fact is that they want to experiment to find out what they can and cannot do in the game (its rules of engagement). 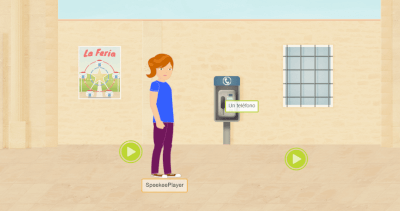 They find out how to spell telephone in Spanish. So as to encourage exploration, only some of the objects are spelled out when your child clicks on them.

- The Visual carries the Story

A cool game carries a cool story and that story must be meaningful. What is the the story's narrative? In Speekee Play your child is in a familiar world and there's a map which encourages exploration. Exploration leads to discovery of not only games to play but also other avatars: new friends.

A sense of community is one of a successful game's most prized assets.

In Speekee Play, your child's new friends do not only appear, they also speak Spanish! And your child can respond with Spanish they select from a controlled set of options. 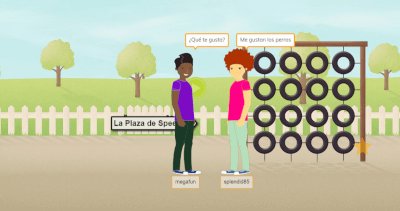 This is real-life Spanish for real-life situations, recreated virtually. It's probably the most authentic way for your child to learn Spanish without actual face-to-face contact with a Spanish-speaking child or Spanish teacher.

The Spanish they can 'speak' in Speekee Play is not only carefully controlled and selected, it is the same Spanish your child learns in the Speekee videos, clips of which are included in the game so your child can learn Spanish as they go along. 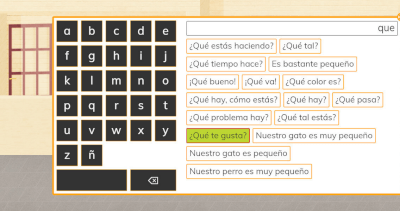 This is the third Secret Ingredient.

The checkout game, which is shown below, is one of the toughest challenges your child will face in Speekee Play. But a child's speed of thought should never be underestimated! You'll find that your child masters this game faster than you ever could (: 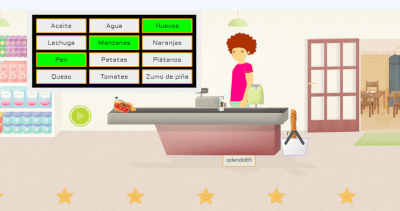 Did you know that reflecting on ‘failure’ leads to mastery? It may take your child ten attempts to crack the checkout game, but that's the way it should be!

Development of gameplay has to make sense to the player. Speekee Play includes a series of 'missions' across 25 levels which make for smooth and seamless progression in Spanish. Remember, this game is not just about practicing Spanish, it's about learning Spanish too.

The first mission is the easiest and the last mission is the hardest, just as you would expect. Missions typically involve watching brief video clips which present the Spanish, then answering check questions to test understanding.

Some of the missions take your child to certain scenes to accomplish a task, gather information, solve a problem or play a game.

In Speekee Play your child is challenged in so many ways with Variety, Depth, Complexity.

Levelling up may not always be easy, but that's the challenge. And the reward is a diploma for each level accomplished.

Positive feedback is vital for any Spanish student. As your child moves through the missions, we encourage them every step of the way... 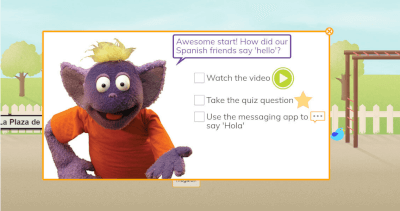 Trying to learn Spanish online by playing games is not always the success story you would expect for your child. You need the right ingredients for it to work.