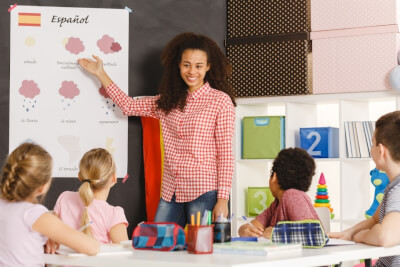 KS2 Spanish refers to Key Stage 2 Spanish in the United Kingdom. Key Stage 2 is a period of schooling in the UK covering Year 3, Year 4, Year 5 and Year 6, when the pupils are aged between 7 and 11. Learning a language is not compulsory at Key Stage (KS) 1, but it is a statutory requirement at KS2.

The UK's Department for Education states the following aims for children learning a language at KS2 level: To ensure that all pupils: * understand and respond to spoken and written language from a variety of authentic sources * speak with increasing confidence, fluency and spontaneity, finding ways of communicating what they want to say, including through discussion and asking questions, and continually improving the accuracy of their pronunciation and intonation * can write at varying length, for different purposes and audiences, using the variety of grammatical structures that they have learnt * discover and develop an appreciation of a range of writing in the language studied

French is the most widely taught foreign language at KS2 level for various reasons which include:

Spanish on the rise

Things have changed over recent years. French remains out in front but is being gradually caught up by Spanish, as we see below in this table recently compiled by Clare Seccombe, MFL teacher and consultant in the north-east of England: 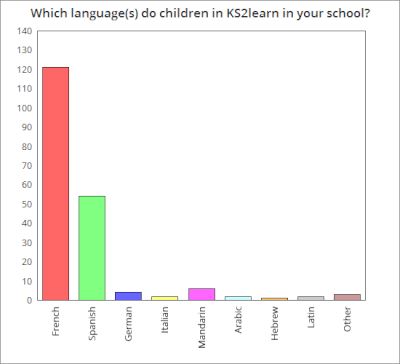 . The popularity of Spanish, once barely taught in any primary school anywhere, is on the rise in primary schools. Reasons for this include:

At Speekee we provide a comprehensive curriculum for KS2 Spanish teachers which can be trialled free for the first two weeks. It includes 35 levels, 398 activity plans, 740 audio language clips, and 281 learning outcomes. All of this is contained in a single Spanish Scheme of Work for the whole school.

What do KS2 Spanish teachers think of Speekee?

The planning is very good. It has got all that the Curriculum is asking for. It's easy learning - and fun! With this programme you can feel that everyone can speak Spanish, and everyone can teach as well. The children even teach each other!

Speekee is a really lovely and engaging way for young children to learn languages - I recommend it to you highly.

To get a flavour of how Speekee will benefit your KS2 class at school, check out this free KS2 Spanish lesson plan called Weather Dominoes. Have fun!

Teachers! Looking for a Primary Spanish Scheme of Work? 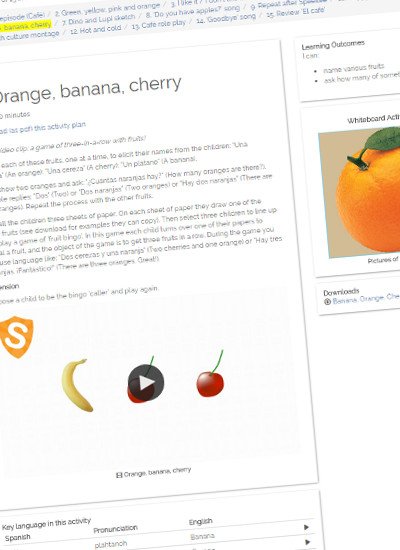