All About Accentuation: Tackling the Tilde in Spanish 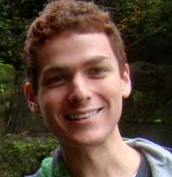 Paul Mains returns to write for Speekee's blog this week, and offers us some top tips about accents in the Spanish language. Paul writes on behalf of Language Trainers, a language tutoring service offering personalized course packages to individuals and groups. Check out their free online Spanish level tests and other resources on their website. Visit their Facebook page or contact paul@languagetrainers.com with any questions.

Spanish is a phonetic language: it's written how it sounds. Therefore, English speakers, who are used to a language where the words though, through, and trough don't rhyme, generally find Spanish words easy to spell. There is one exception, however, which plagues Spanish learners and native speakers alike: the placement of the accent (also known as the tilde). Indeed, at first glance, the placement of accents in Spanish words can seem totally random. However, the rules underlying accent placement in Spanish are actually quite logical. Read on to learn how to master your use of the accent, and then you can re-focus your attention on the 15+ verb tenses that the Spanish language boasts.

Accents in Spanish are used for two general purposes: first, to indicate where the stress falls on a word; and second, to differentiate between identically spelled words. We will review the rules for each of these purposes in turn.

Whether or not a Spanish word will use an accent depends on the last letter in the word.

Words that end in a consonant other than n or s usually have stress on the final syllable, such as in the words frijol and vejez. Similarly, when the stress falls elsewhere, we need an accent, as we see in words like cárcel and frágil.

Finally, accents are used to break up diphthongs. In Spanish, when a weak vowel (i or u) co-occurs with a strong vowel (a, o, or e), it becomes a diphthong, which is pronounced as one syllable. Therefore, miel is pronounced as "myel" instead of "mi-ell"; similarly, fue is pronounced "fwe" and not "fu-eh".

However, there are certain words, such as dí­a and actúa, in which the weak vowel toughens up and receives the stress. In these cases, we need an accent to indicate that we should not pronounce the vowels as a diphthong (in the above examples, "día" would be pronounced as "dya", and "actúa" would pronounced as "act-wah").

So there you have it: as you can see, there's some method to the madness behind accent placement. Next, we'll review the second use of the accent: to differentiate between words that are spelled the same.

2. TO DIFFERENTIATE BETWEEN IDENTICALLY SPELLED WORDS

In both Spanish and English, different words can sound identical. In English, these words are often distinguished by distinct spelling (e.g., walk and wok; carat and carrot; two, to, and too; there, their, and they're). Spanish, however, has more rigid rules when it comes to spelling; as a result, it's often the job of the accent to differentiate between two words that sound the same.

As a result, accents are sometimes completely unrelated to stress, and instead are used simply to tell apart two identical-sounding words. For example, el is the masculine article "the", and él is the third-person pronoun "he"; te is the second-person direct object or reflexive pronoun, while té is a hot drink made of tea leaves; de is a preposition meaning "of", whereas dé is the subjunctive conjugation of dar.

To provide another example, accents are used to differentiate between question words (e.g., cuándo, dónde, qué) and their corresponding relative pronouns or connectors. That is, the accent is used only when the word is being used in an interrogative sense, and not when it's part of a declarative statement. Here are some examples illustrating the difference:

¿A dónde vas? Where are you going?

¿Cuánto cuesta? How much does it cost?

¿Qué hora es? What time is it?

Espero que vuelvas pronto. I hope you come back soon.

Cuando llegue, lo voy a abrazar. When he arrives, I'm going to hug him.

How can we remember which word receives the accent and which one doesn't? Unfortunately, in many cases, you just have to memorize it. But to help out, here's a list of some of the most common accent errors. Now, don't worry, Spanish learners; you're in good company: even native speakers make these mistakes!

As mentioned above, accents are sometimes used to differentiate between two distinct words that are spelled the same. Such is the case with mi and mí, which are first-person possessive adjectives and object pronouns, respectively (e.g., mi casa; a mí­ me gusta...). But be careful! This doesn't hold in the second person. The second-person possessive adjective is tu (e.g., tu casa); the second-person object pronoun is ti (a ti te gusta). Given that there is only one meaning of ti, there is no need to use an accent.

The difference between solo (alone) and sólo (only) is a matter of word class. Solo (or sola) is an adjective that you use when you are alone or lonely; for instance, Estoy solo en casa (I'm home alone). Sólo, on the other hand, is an adverb that's synonymous with solamente: Sólo quiero una galletita (I only want one cookie).

Más is most commonly used to mean "more": Quiero más dinero means "I want more money". In this case, it has an accent. However, it can also be used as a conjunction, which is roughly synonymous with "but": Quisiera comprarte una casa, mas no tengo suficiente dinero means "I want to buy you a house, but I don't have enough money". In this case, it doesn't have an accent.

Without an accent, words like este,-a, ese,-a, and aquel(la) are adjectives, which means that they always come before nouns, as in the following examples:

With an accent, on the other hand, they are pronouns, which means that they take the place of a noun. Here are some examples:

No quiero esa camisa, quiero ésta. I don't want that shirt, I want this one.

Finally, the gender-neutral pronouns esto, eso, and aquello (which translate to this/that thing or this/that matter), never use an accent: Eso tiene sentido (That makes sense).

Behind every rule is an exception, and language learners know that this is especially true in Spanish. Following the rules we've already established, all adverbs ending in -mente (e.g., claramente, realmente) would have accents, as the word ends in a vowel and the stress is not on the penultimate syllable.

However, the rule for adverbs ending in -mente is different: you only use an accent if the original adjective had an accent as well. Therefore, rápidamente has an accent, given that rápida does too; however, intensamente does not have an accent, as intensa doesn't either.

Hopefully, by now you see that there is quite a bit of logic behind the placement of accents in Spanish. Far from being random, they are predictable and rule-based, and with just a little memorization, you'll be a pro at using them correctly. Now that you've read all about accents, why not test your skills? Add accents to the sentences below -- leave a comment to check your answers!

Note from Jim: Thank you Paul. As always, your post is full of useful and clearly thought out information for our readers. Besides, there's a lot of detail in this one which I needed to know myself!

See you next time everyone,